Get alerts when I make announcements!

Enter your email to stay in touch, and for a chance to win free stuff. 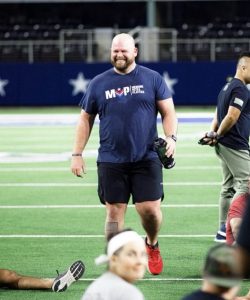 Ben currently works as a Director, Alliance Client Relationship Executive (ACRE) supporting the Workday Alliance in both business development and relationship management capacities.  Prior to PwC, he worked for Deloitte for 6 years and served in the United States Air Force for 8 years.  During his time in the Air Force, Ben deployed to both Afghanistan in a security assistance role earning a Bronze Star and West Africa in support of the Ebola response.

Ben graduated from the University of Georgia, has traveled to 40 countries, lived in a modified sprinter van in Montana for 4 months, has a Great Dane named “Dooley,” and was named an Honorary Texan by the Texas State Senate in 2015 for his leadership while stationed at Dyess Air Force Base, Texas.

< Go back to the locker room

Each new Conquering Kili class accepts the challenge to embark for the summit, a walk that represents the miles that many African women journey on a daily basis to fetch water for their families. While training for the climb, each team member works to raise funds and transform communities through the gift of clean water.

Learn more about the program