Jim Cavanaugh’s journey to bringing clean water to a community in East Africa all started with game of golf.

“My friend and I were out golfing in Montana, and we’re on the third hole, things were moving slow that day. So this guy pulls up in a golf cart behind us, and we said, ‘Hey, you want to team up with us?’ And he says, ‘Sure.’ He gets out of the cart and he’s like 6’7”, 300 pounds.”

The guy who had just joined them for a round of golf was Kyle Long.

“We had a lot of fun with him, we were trading stories back and forth,” Cavanaugh says.

Not long after his encounter with Long, Cavanaugh took a trip to East Africa as part of a Notre Dame alumni travel experience.

“They call it ‘The Great Migration’ where they go all through the Serengeti and Tanzania when millions of zebra and wildebeest migrate from Kenya to the area,” Cavanaugh explains.

“Unbeknownst to me, one of the guys that owned the safari tour company happened to be on the board of this the Kibaoni School where there are about 1,000 students in this village. They took us to this school; the grounds are all dirt, they have no running water, they use a latrine when they need to go to the bathroom, their kitchen was dirty and didn’t have any running water. They told us the kids all walked anywhere from one to 10 miles to school every day and they had to bring a container of water with them every day,” he says.

“When we drove through Tanzania, you’d see the animals swimming and drinking from these ponds which were really murky. And these same ponds were where people washed their clothes, took a bath, and drank out of.” 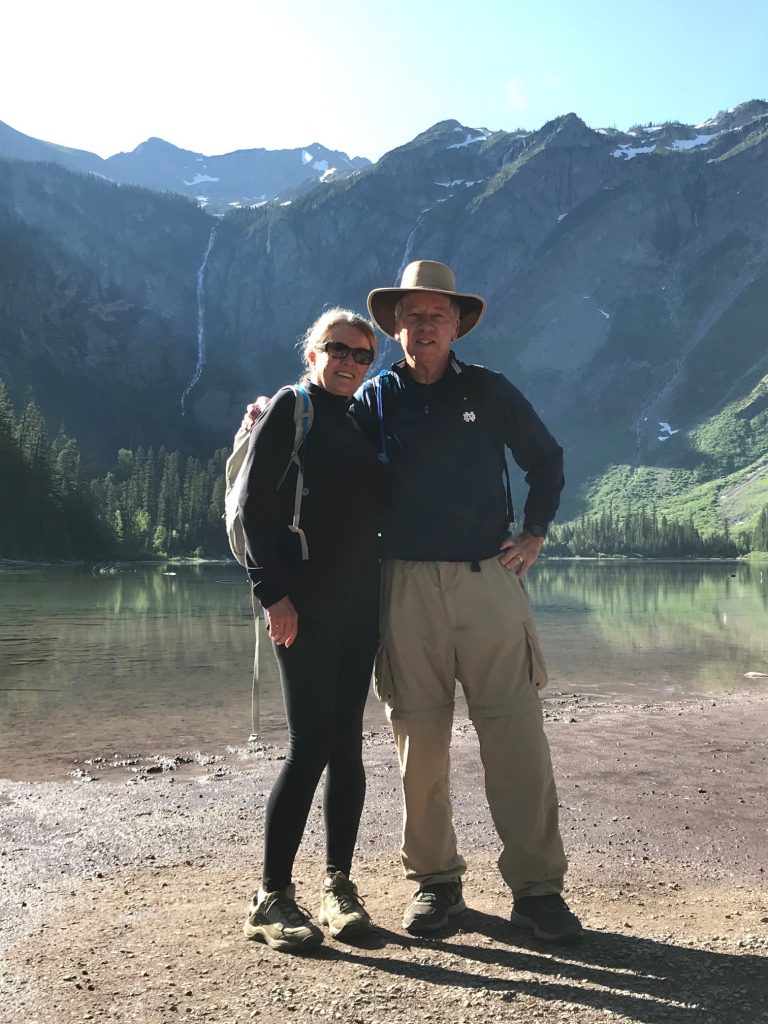 Cavanaugh was struck by what he saw and felt compelled to do something to make a difference.

“They had said there had been some preliminary studies done years prior and they had determined there was a good chance they could dig a well and have water,” he says.

“We said, ‘Gosh, it’d be nice if we could put together some money and get these kids a well.’ But the question was, ‘How would we actually do that?’”

Cavanaugh returned from his trip in March, and by luck he read about Chris Long’s Waterboys foundation and the work being done in Tanzania.

“I was playing golf with Kyle and brought up Waterboys and mentioned the school in Kibaoni, and he ended up getting me in touch with Waterboys .”

And he was off and running. Cavanaugh drafted a letter to send to Notre Dame alumni to help raise the funds for a well at the Kibaoni school.

“My son works for Pepsi and we managed to get some matching funds, and so I generated almost half of what we needed before I even sent the letter out,” he says.

“I’ve always had a desire to want to be involved in giving back,” Cavanaugh says.

“I’d done work with Habitat for Humanity, but this was the first big thing I did that was around raising money and creating an opportunity for other people that could change their lives. It was just the right thing to do.”

So was it fate that led him to bring clean water to nearly 1,000 people? He claims it might just be, and says he’s still amazed at how all the pieces fell into place to make this project possible.

“To have met Kyle, and been on that safari, and by chance see the article about Chris’ foundation; too many things came together to not take action.”